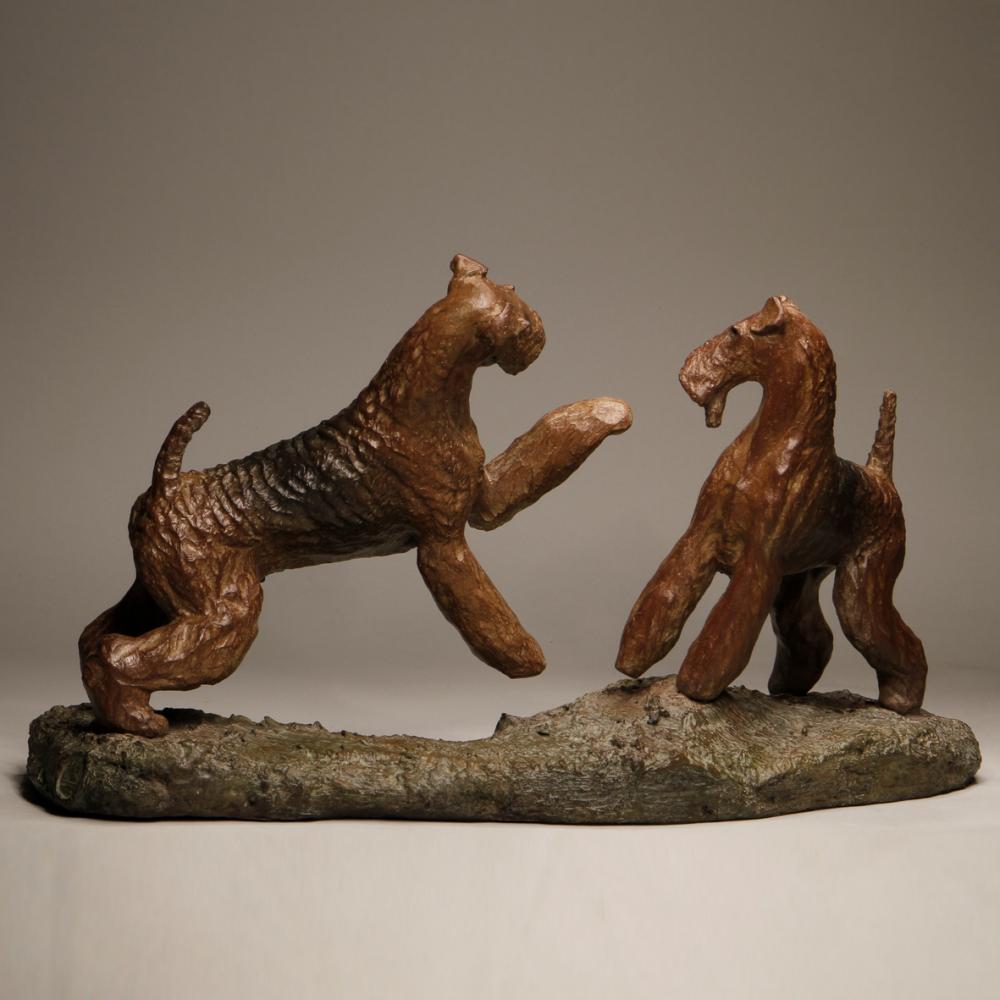 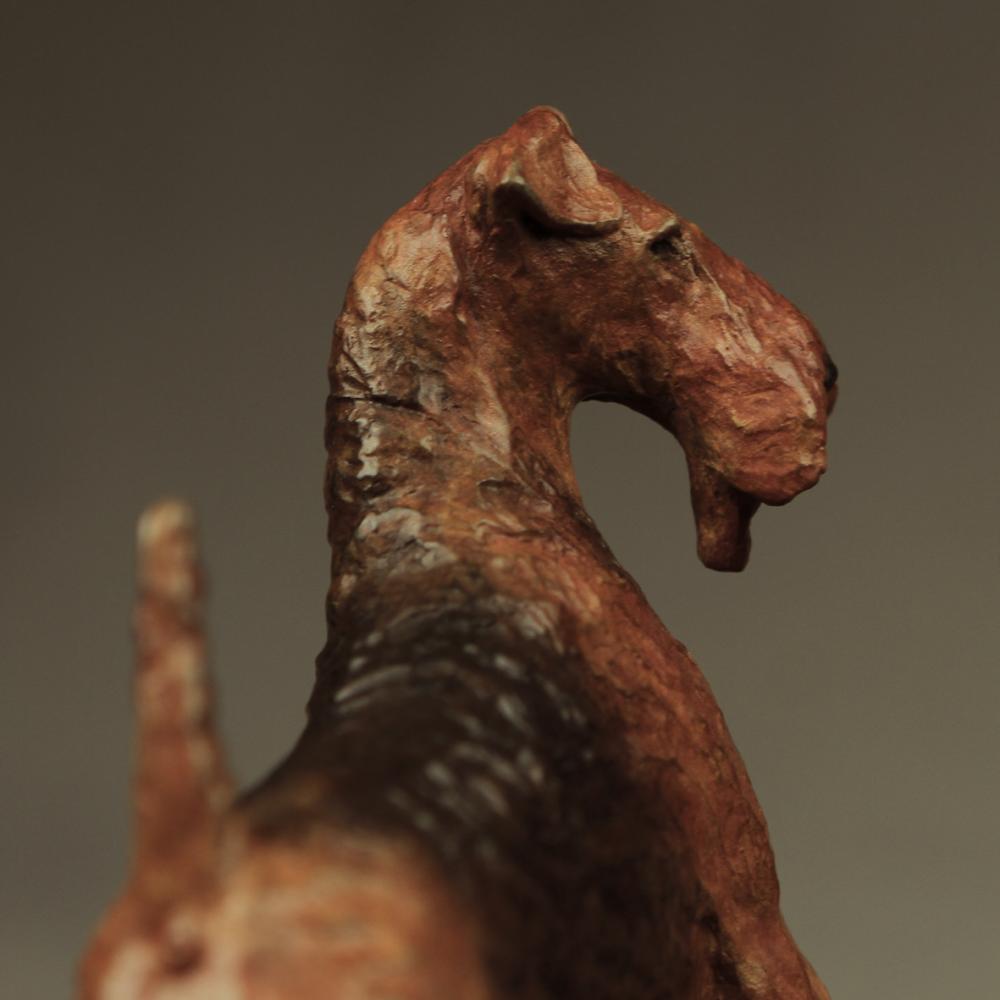 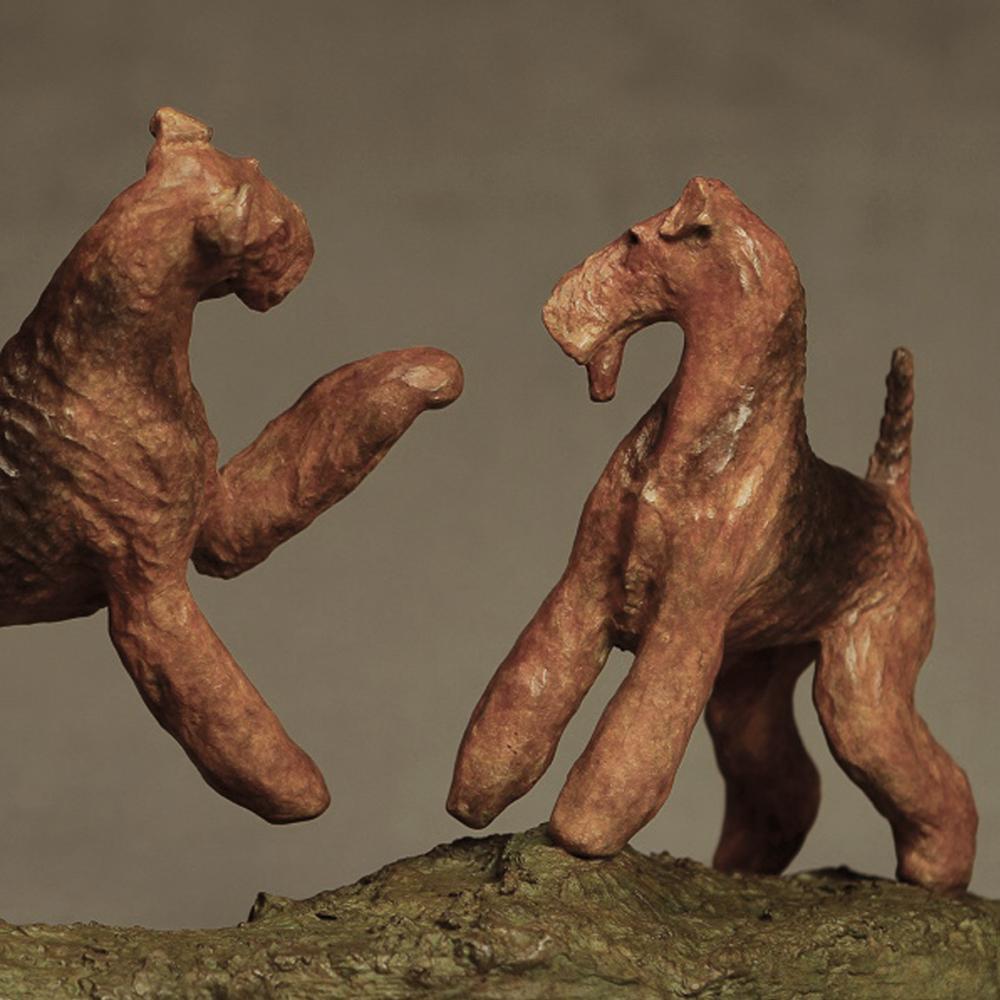 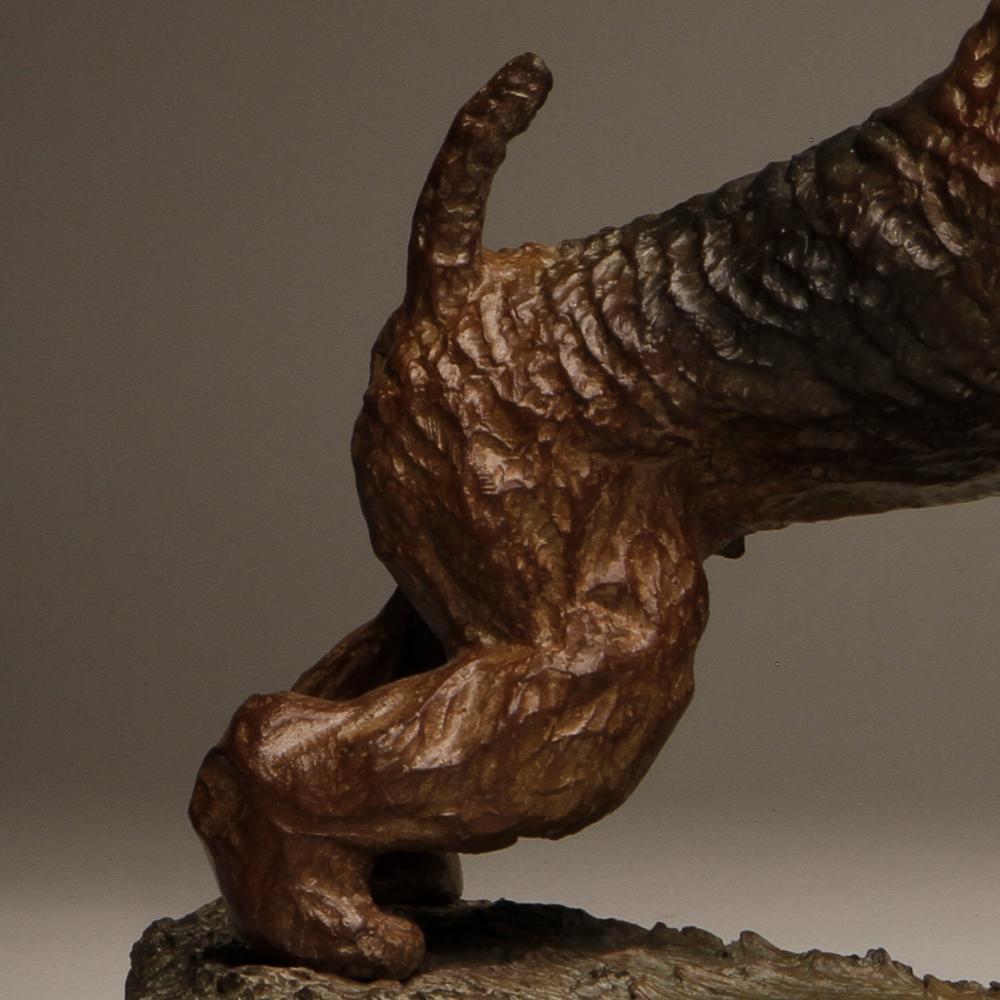 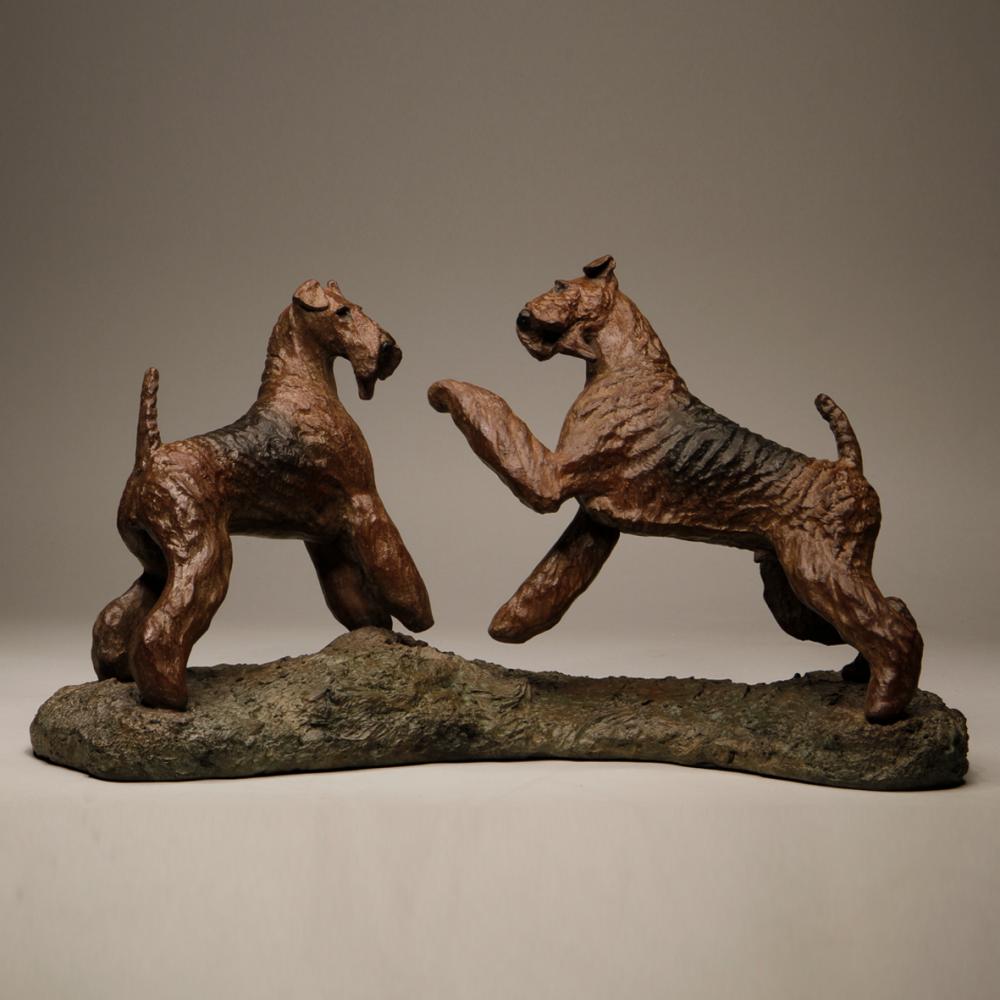 They are the largest members of the Terrier family and are known as the king of Terrier. Because the outstanding obedience and brave personality, they performed exceptionally in World War I and quickly became a world famous dog.

After the show, I went to congratulate Christian and Jenny who were the handlers shown them and took a lot of photos as reference materials for the sculpture. During the process, I found that they like playing very much, especially Phil. As a boy, he will do his best to please Zeta, it gave me a lot of inspiration, so this work been created, and I named it the "Gracious Invitation". 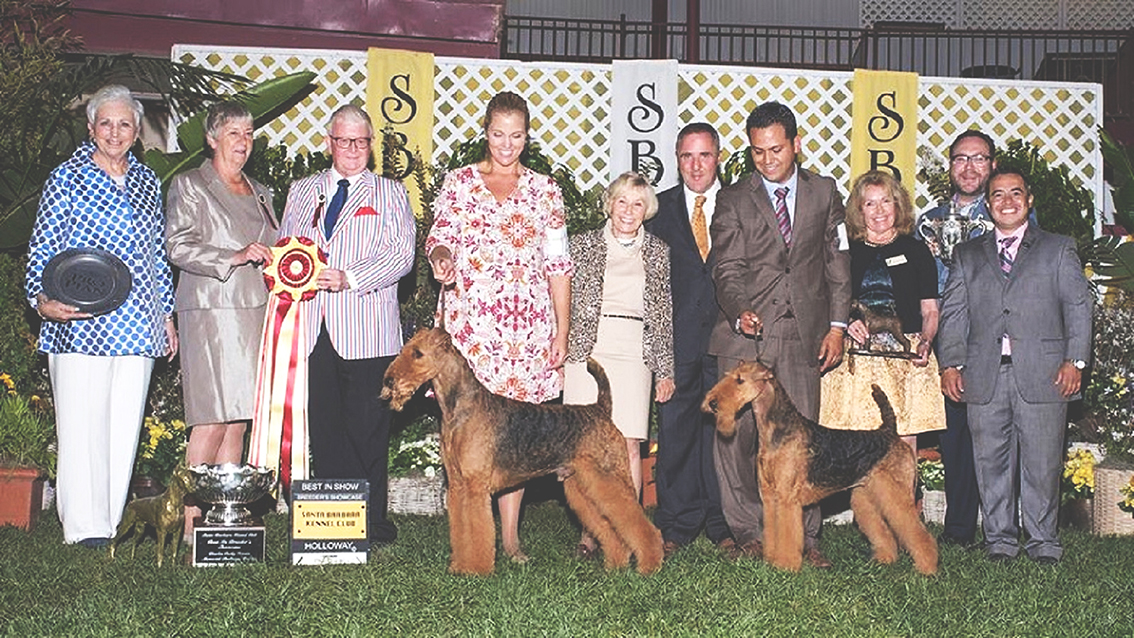