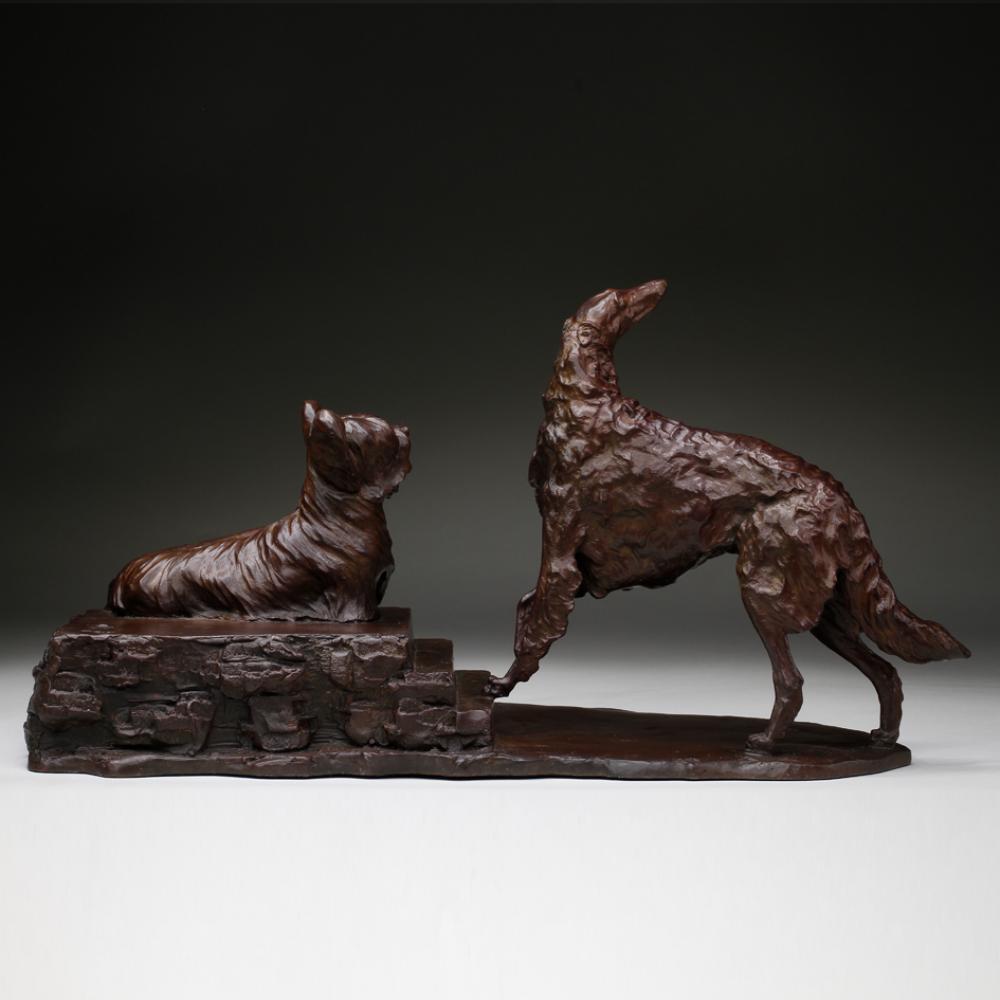 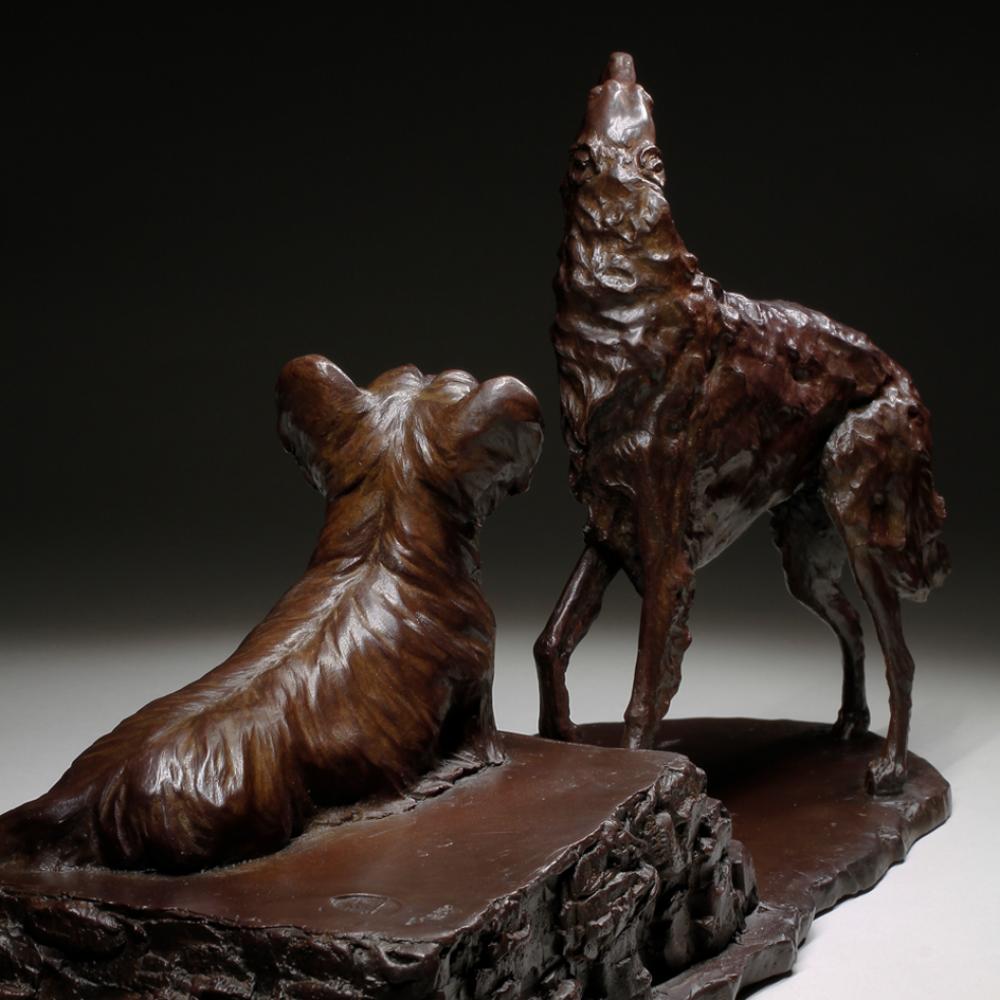 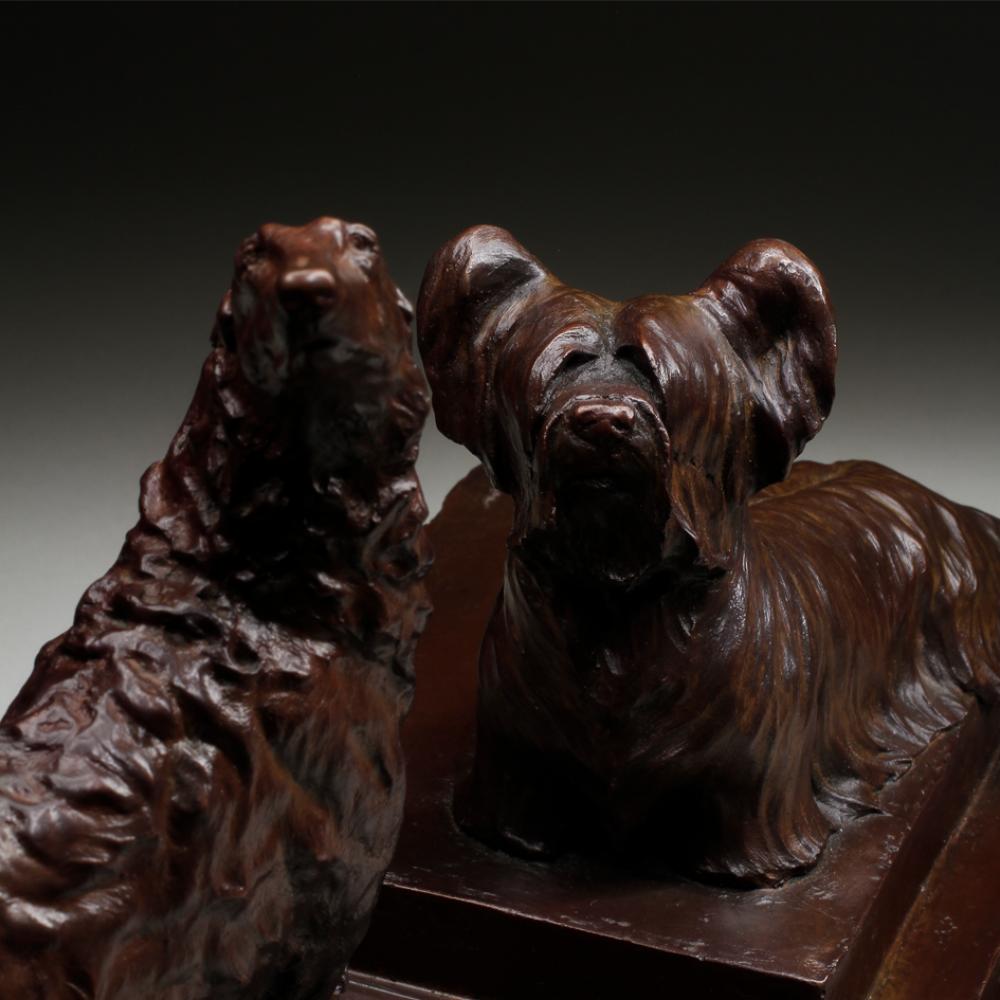 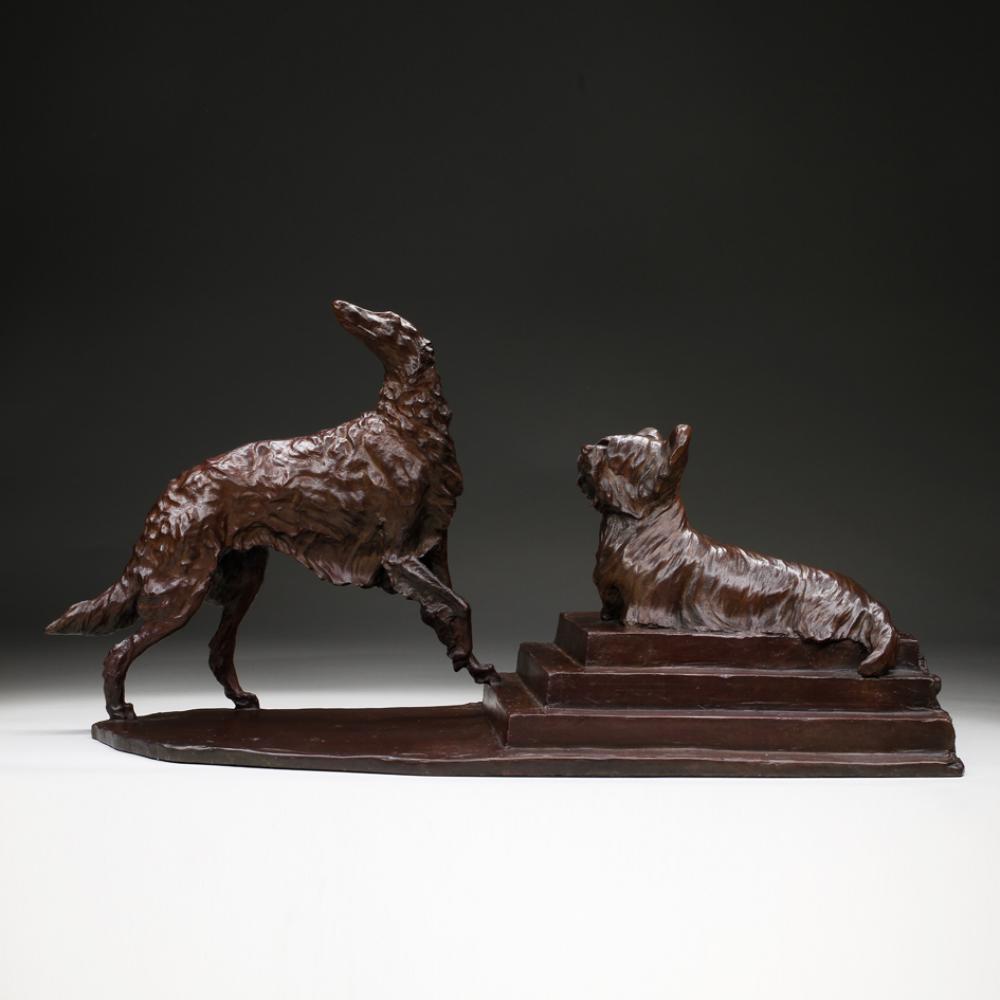 Every star in the universe has a story of its own.
Every star is precious and unique in their own right.
The light of one of the stars caught these dogs’ attention, The Borzoi and the Skye Terrier.
And hence, they looked to the sky to the brightest star shining right into their hearts.
Thank you Mr. John Reeve-Newson for entrusting the creation of this soulful work to me, which will be put on display as the commemorate trophy in honor of Dr. Richard Meen.(Dr. Dick)
Dr. Dick is especially capable of inspiring youth in this industry, proving the sport with promise and hope. I am really grateful to be in his presence in this time and age.
I would also like to thank my love, Amy for her eyes welled up when she first saw my sketch for this sculpture(last photo), and she told me, sobbing, that she was instantly touched by the scene and suggested that I direct the eyes of the dog to the sky. At first, I thought the suggested picture would be blunt, but as I drew the second draft on the steam drops on my bathroom window,(I often draw on the bathroom window) I changed my plan in accordance with her suggestion, dogs eyes to the sky. And then it was only a matter of three days when this sculpture, The brightest star was finished. 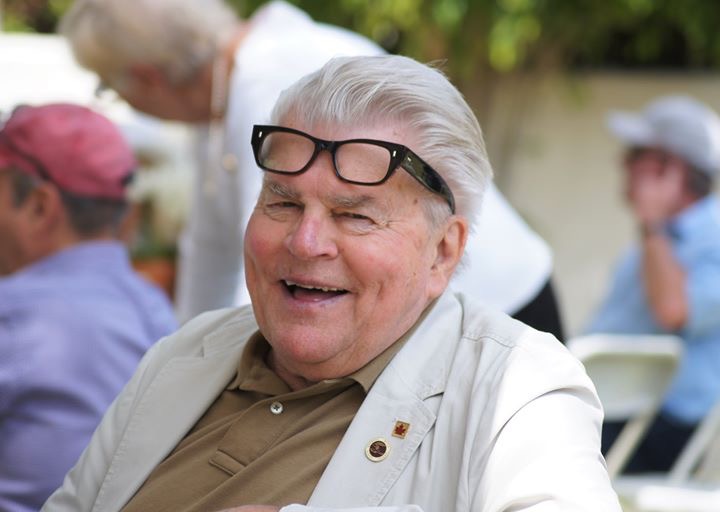