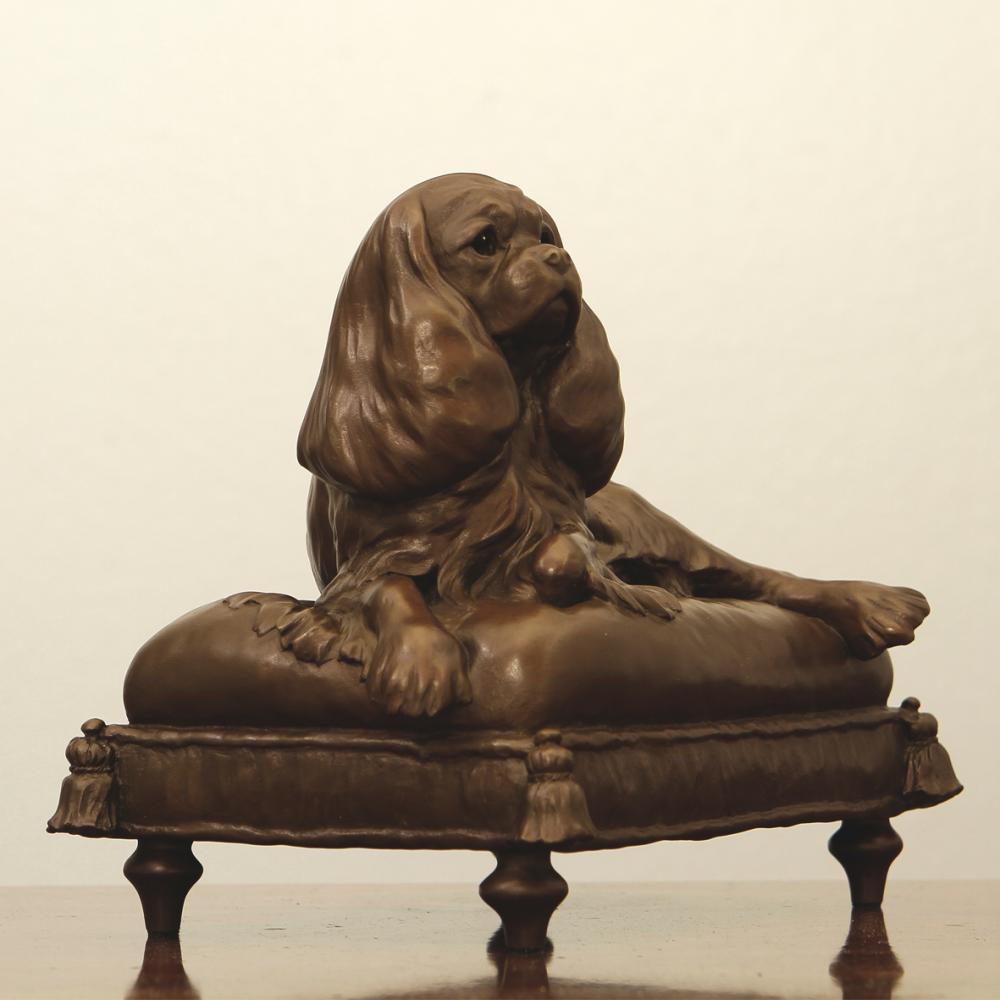 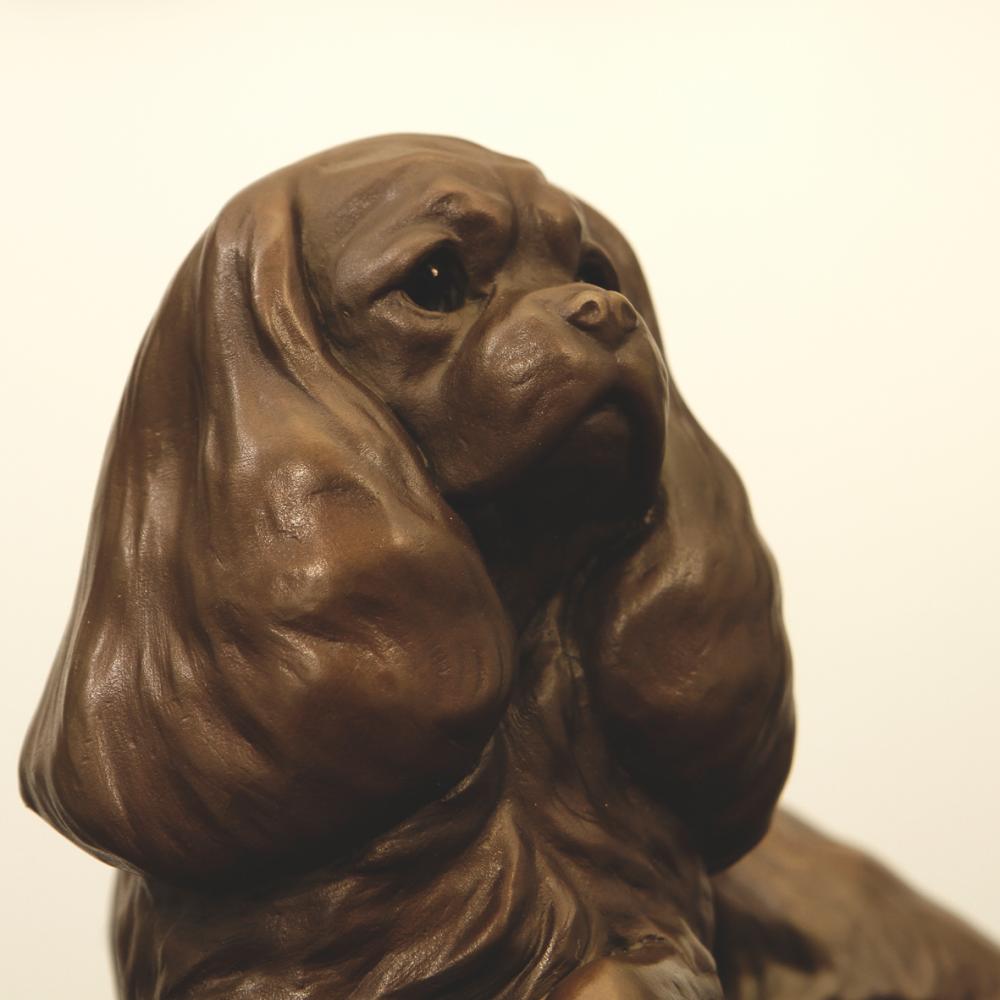 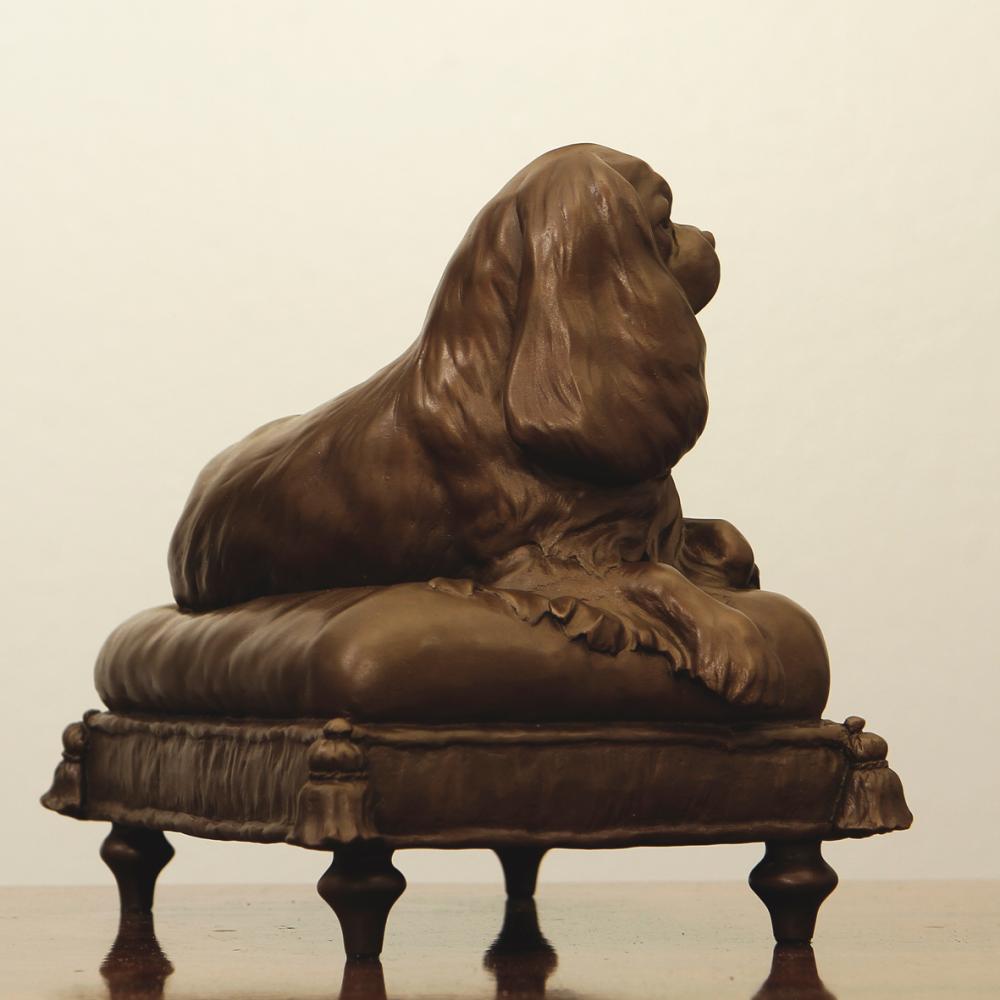 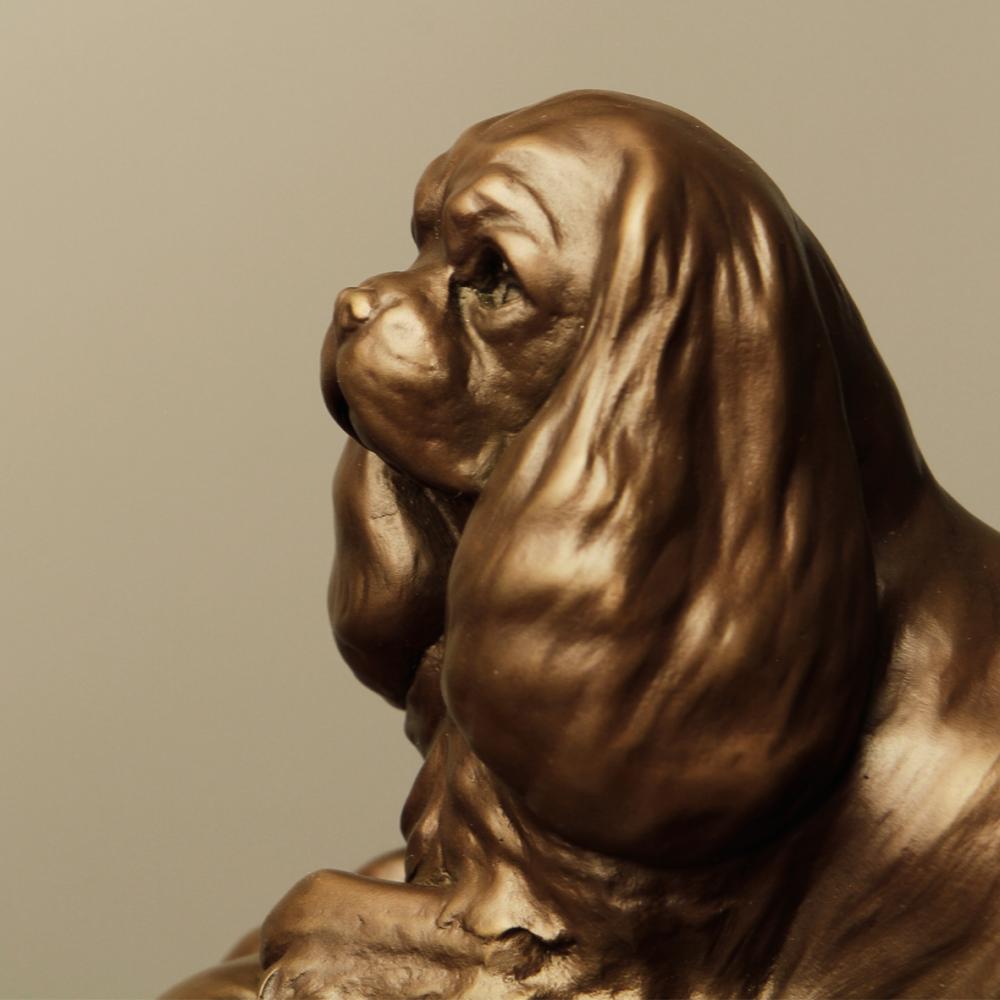 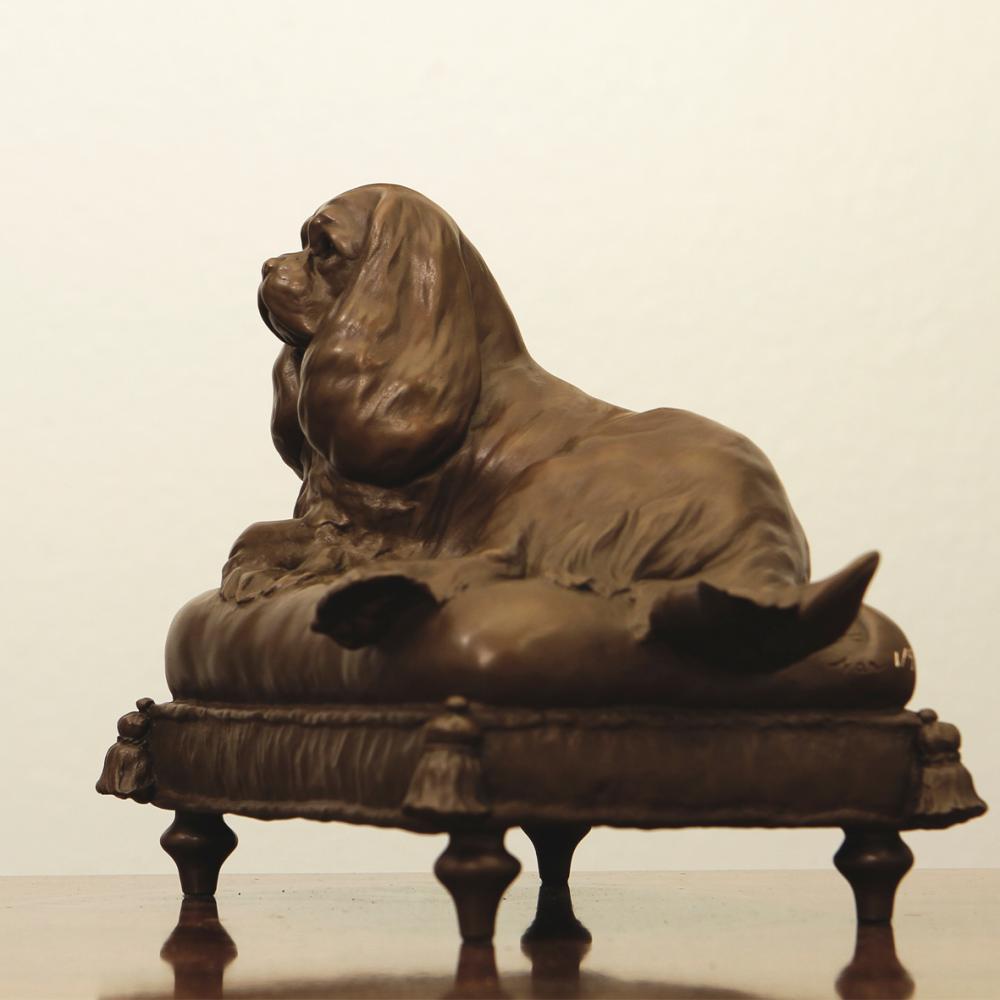 This is my 3rd competely sculpture in 2020, commissoned by Mr. Jeffrey Pepper for his beloved Cavalier King Charles Spaniel "HUGO". 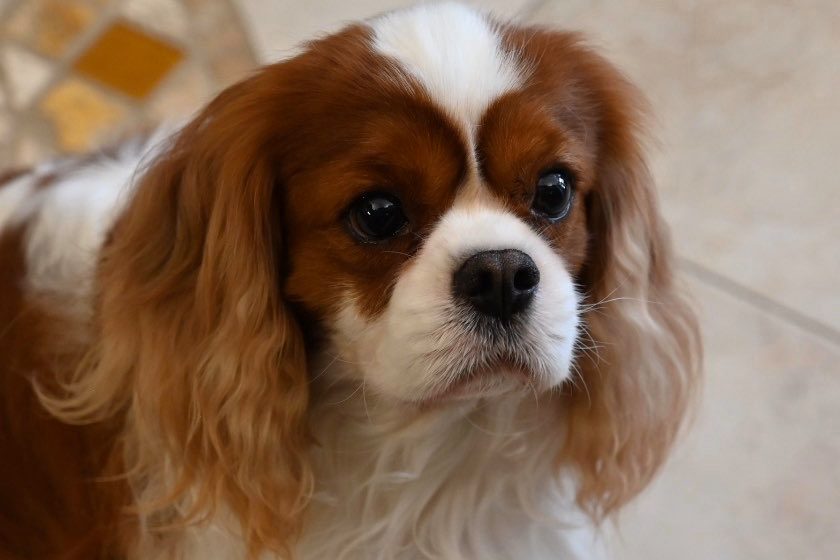 Jeffrey Pepper is the breeder of more than 65 Golden Retriever and 55 Petits Bassets Griffons Vendéens AKC champions, with Best in Show and National Specialty winners in both breeds. He started judging in 1985. He has judged all breed and specialty shows, including a number of National Specialties, in the USA, Australia, Brazil, and Canada, as well as judging in, China, Colombia, Denmark, Holland, Hong Kong, Indonesia, Italy, Japan, South Korea, Malaysia, New Zealand, Sweden and the United Kingdom.

He is the author of 4 books, the most recent a multiple award winning book on the Golden Retriever, published in 2010 by Kennel Club Books. Mr. Pepper is approved by the American Kennel Club (AKC) to judge all Sporting Breeds, all Hound Breeds, Cavalier King Charles Spaniels, and Best in Show. He has judged at prestigious USA shows such as Westminster Kennel Club, where he judged the Hound Group in 2018, and the AKC Show. He has judged All Breeds in several different countries as well. Mr. Pepper has given seminars on Golden Retrievers, Petits Bassets Griffons Vendéens and dogs in general to exhibitors, breeders and judges in several countries.

He is past President of the Dog Judges Association of America, the PBGV Club of America and the Palm Beach County Dog Fanciers Association. He a founder and long time Treasurer of Take The Lead, a non-profit foundation providing support for people in the US Sport of Dogs who have a life-threatening or terminal illness or have encountered a natural disaster such as fire, flood and hurricanes.

My first meeting with Jeffrey was at the Golden Retriever seminar held in Beijing in 2006. He was invited by Purina as a speaker to share his years of experience and knowledge in Goldens.

He has been invited by the kennel clubs to come to China for judging dog show many times. At that time, as a professional dog handler, I often to showing Golden Retrievers, by the time ,we bacame good friends.

I'm very thankful Jeffrey to let me have this special opportunity to created such a wouderful dog and this extraordinary elegant breed.

HUGO is an elegant King Charles Spaniel.  I was moved by when I frist see his pictures. he has the most typical facial expression of the breed.

Full of expressions that you can not even describe them in one word.

The creation of the head was the most huge challenge to me since I started sculpting from 2009. It took me a week long to make countless tiny adjustments until the results are all macth the best image in my mind.

The general blueprint is based on a classic oil painting from 19th century by the painter Sir Edwin Lanseer who was the one of my favorite dog artists from old time. This oil painting records several of theQueen Victoria(1819-1901) beloved pet, a Greyhound named Nero, a Scottish Deerhound named Hector, a parrot named Lory, and the King Charles Dash, which was called"the Queen's closest childhood companiaon”, Dash in the image is lying on a typlcal Victorian style dog bed with a strong sense of the age, looking out thoughtfully, as if looking forward to Queen.

In 2015, I was lucy to collected an anqitue engraving print after this oil painting by engraver G.lobel, published in 1877, the picture was more deeply printed in my mind.

So I decided to make this sculpture not only as a commissioned piece, but also as a tribute to master Sir Edwin Landseer. 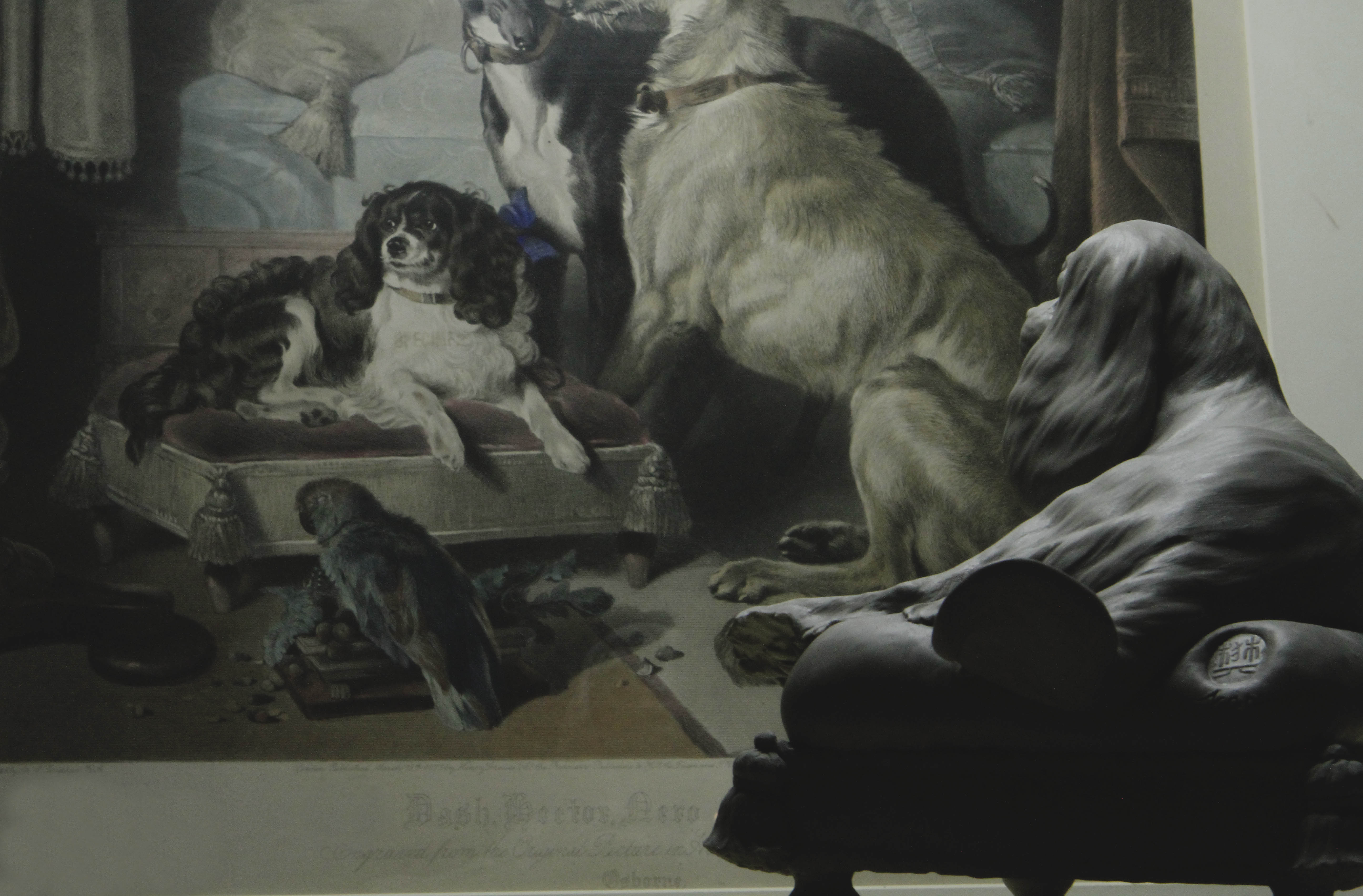 I locked the outline shape in a side lying posture, a focused looking with a mouth full of words almost come out(This breed loves talking) and a slightly raised body center of gravity, which comes together to created a moment of alertness and expectation, and each side of the mattress was crowded by different weights Pressure is another big challenge, this detail conveys the subtle changes brought by the dog's emotions and instantaneous actions to people. The mood of the tail is the last challenge but is also the "The finishing touch", because the dog's tail can convey more information, I finally chose the posture that naturally extends through the body's lines, and added the "vortex" caused by the wagging tail with the flowing hair ,  to show the most characteristics of this breed.

I hope this work can bring you smile and happiness.